Are You Bang on Trend This Christmas with Festive Bedding?

Hi, I’m Joy! Aside from Italian food and my three lovely boys, nothing makes me happier than helping our customers find what works for them, and how they can make the most of their forty winks.

I don't know about you, but I love giving our bedrooms a festive makeover at this time of year. I hang stockings for Santa, place a 'please stop here' sign on my little one's door and, of course, invest in some festive bedding. I love the build-up to Christmas and really enjoy shopping online for a new set each December.

And, it seems, I'm not alone. There are thousands of photos on Instagram from proud homeowners showing off what they think is the best Christmas bedding of the moment. So, our elves have been working hard and have analysed 950 images to find out what this year's Christmas bedding trends are.

Is the most desired bedding red or green? Picturing penguins or reindeer? Or, maybe snowflake patterned? Find out below

What are the Christmas Duvet Cover Trends this year?

We exported 950 of the most recent images on Instagram with the hashtags #FestiveBedding or #ChristmasBedding to find out what characters, colours, and patterns appear most and found that white bedding appeared 368 times, while red followed behind with 217 features.

The third most common colour was silver, blue was in fourth, however green only appeared in 25 of the 950 images (less than 3%). 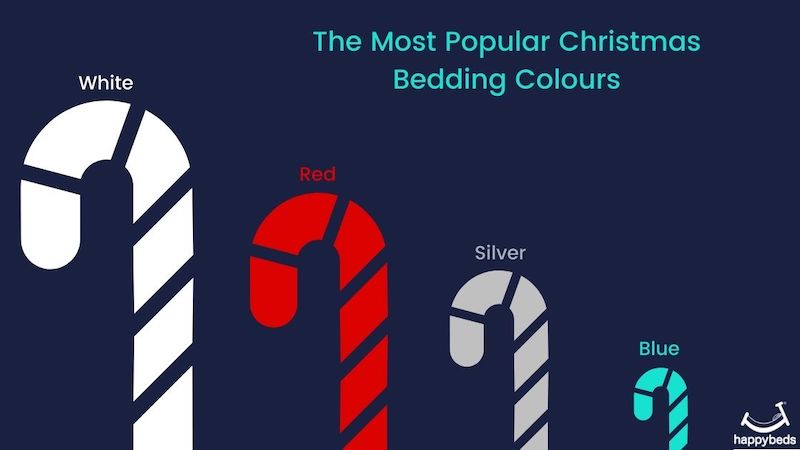 Much-loved TV and film characters' faces and scenes were common place with festive film classics The Grinch (8 bedding sets) and Elf (3 bedding sets) featuring. Although, there were some famous faces you would not automatically associate with this time of year; Mickey and Minnie were often seen in tagged images (11 beddings sets), with Harry Potter, Friends and Peppa Pig also appearing in this year's bedding images.

While the traditional winter and Christmas animals such as penguins (29 bedding sets) and robins (15 bedding sets) feature in our list of trending sets, there were also some unconventional zoo animals too: Pink flamingos appeared three times, zebras twice and even a giraffe wearing a Christmas hat! 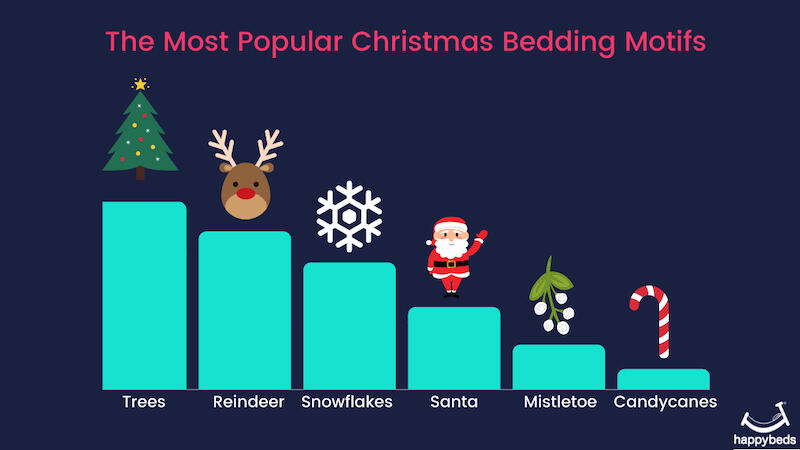 Quotes an words didn't appear very frequently this year with just 111 images including some sort of typography. The top words featured on this year's Christmas bedding include:

So, it's fair to say that if you have had a red and white Christmas duvet set adorned with trees, reindeers and an appearance from one of your favourite festive film characters, you're bang on trend for this Christmas!

Tag us in a photo of your favourite festive bedding on one of our beds with the hashtag #HappyFestiveBedding and we'll re-share the best!

Here are just a few of the magical pics we've seen so far: 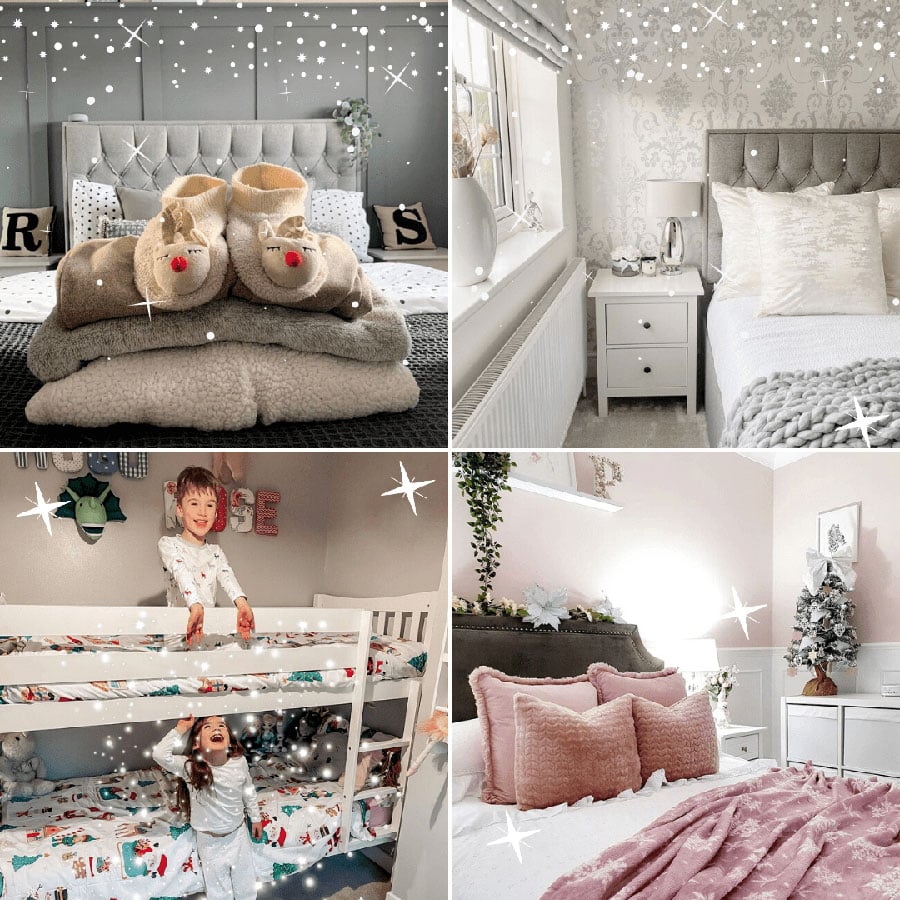 Want to Upgrade Your Bedsheets?

Of course, just because these are the most popular doesn't necessarily mean they're the best Christmas bedding. If you're looking to upgrade your sheets, for Christmas or any other time of the year, take a look at our accessories and bedding.

Our 100% bamboo bedding sets will have your little one jumping at the chance to get to sleep before Santa comes and help you to rest soundly before the Christmas chaos ensues.

The Surprising Benefits Of Sleeping With Your Pet

Ways To Add Storage To Your Child's Bedroom