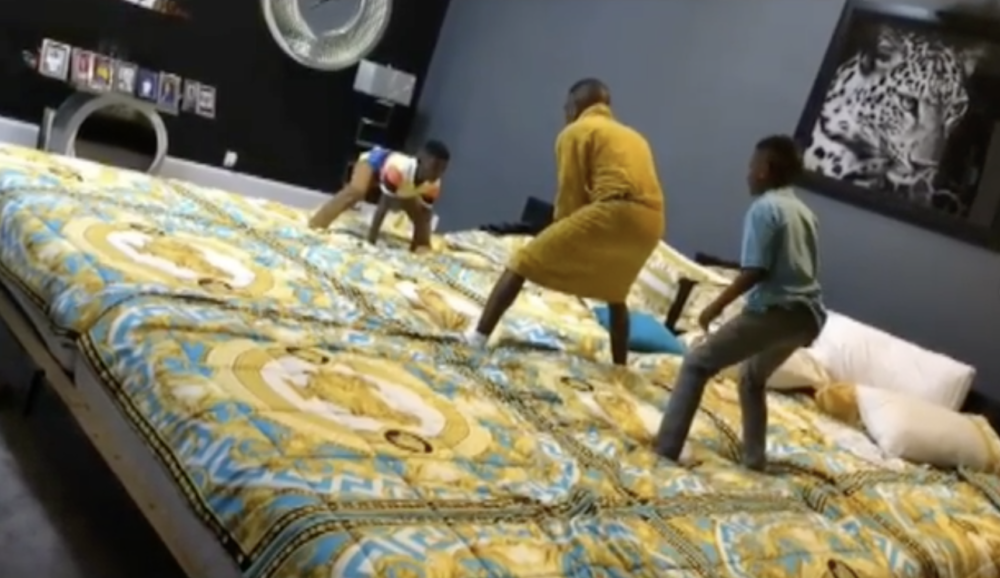 It’s an old American adage that ‘bigger is better’, yet the mentality is internationally applicable. To quote another American idiom, who doesn’t love to get more bang for their buck?

The Biggest Beds in the World

It certainly seems like the good citizens of the Netherlands adhere to this school of thought, as during the Zomerfeesten St Gregorius (or, the summer festival of St Gregorius) a certain record was broken. Proving that there’s no upper limit when it comes to comfort, the spectacle was the unveiling of the world’s largest bed, measuring at 86 feet, 11 inches long and 53 feet, 11 inches wide.

In a nutshell, the biggest bed in the world was a ridiculous record that serves little to no practical purpose, even if it could play host to an incredibly safe Battle Royale. Alternative uses include being the foundation for the world’s greatest sleepover, acting as a pivotal part of a great community-based social experiment or being a gaudy sleeping option for a king, sultan, emperor or oil tycoon.

Fun fact: one of the largest beds previously unveiled belonged to the former NBA legend Shaquille O’Neal, whose gigantic, circular Superman symbol clad bed took up 450 square feet at 15 by 30 feet. The overarching point seems to be that everyone likes to stretch out in luxury, and us Brits are no different.

How Big Are Beds Around the World?

Even though England statistically has the smallest sized homes in Europe, the Americas and, frankly, most of the rest of the world, we Brits still prioritise big beds over other different bed sizes. The likes of Belgium, Greece, Holland, Finland and Switzerland have the right idea, with their average bed being a comfortable 160cm by 200cm bed, while we irritatingly stick to the likes of 135cm by 190cm beds.

Clearly there’s room for improvement, which is exactly why we and many others have leaned towards conducting studies so that we can get to the root of where’s best to start. The fine folk of The Sleep Council conducted a comprehensive study, asking the great British people about all sorts of sleep related topics, including the average sized beds in their homes.

As one would expect, 47% of the participants own double beds, but surprisingly (or, not so surprising given the name of this article) a large amount answered that they had king and super king sized beds. 34% have a king and 8% preferring the opulence of the biggest bed size have a super king bed, enforcing the notion that even if our homes are small we simply must have large beds.

Why is a Bigger Bed Better?

Some may consider this preference for a larger bed to be somewhat excessive when considering an upgrade, but thankfully facts and science are able to justify such a decision. After all, a standard double bed offers an average of two feet and three inches of space to each sleeper; and that’s less of a space ratio than a baby gets in a cot. Why concede the larger ratio to a baby in a crib? They already have a sweet life of doing nothing but sleep and drinking all the milk they can handle; balance the scales by giving yourself a bigger bed!

Another reliable reasoning shows that couples sleep better in a bigger bed. The Sleep Council found that 19% of men blame their partner for not sleeping well, whereas 29% of women blame their partner for a restless night, and yet only 15% in a National Bed Federation based study thought that getting a larger bed would help. However, this was before the ergonomic study treated these couples to a night in a bed larger than theirs; after a comfortable night’s sleep, a much larger 50% stated they wanted a better bed.

Finally getting a larger bed can be considered a much cheaper option than it may first appear, especially when considering how we frequently invest a large amount of money in equally vital big-ticket items such as televisions and redecorating.

If you do the sums, for every £100 you spend on a new bed you’re spending 3.9p a night over seven years. Splashing out for a larger, nicer bed at around £500 would cost you less than 20p a day if you slept on it for seven years - which seems like a pretty good price for a better night’s sleep to me!

Image Courtesy of The Shade Room

There’s also a whole host of other advantages to a bigger bed and plenty more fun you can have with it; vigorous activities, bonding opportunities, pure and simple enjoyment. You know exactly what I’m talking about, that’s right; playing American Football on the bed. Torrence Hatch Jr., better known as the American rap star Boosie Badazz, did just this with his kids on a gargantuan bed and, honestly, it looks pretty damn fun.

So, Is Big Really Better?

At the end of the day, we all enjoy getting comfy in bed at the literal end of the day, and it seems that us Brits are no different. So, why not consider an upgrade yourself? You know what they say; the bigger the better.

Tailor your Experience
Build Your Own Bed Now!