Sleeping Rough: How to Help the Homeless 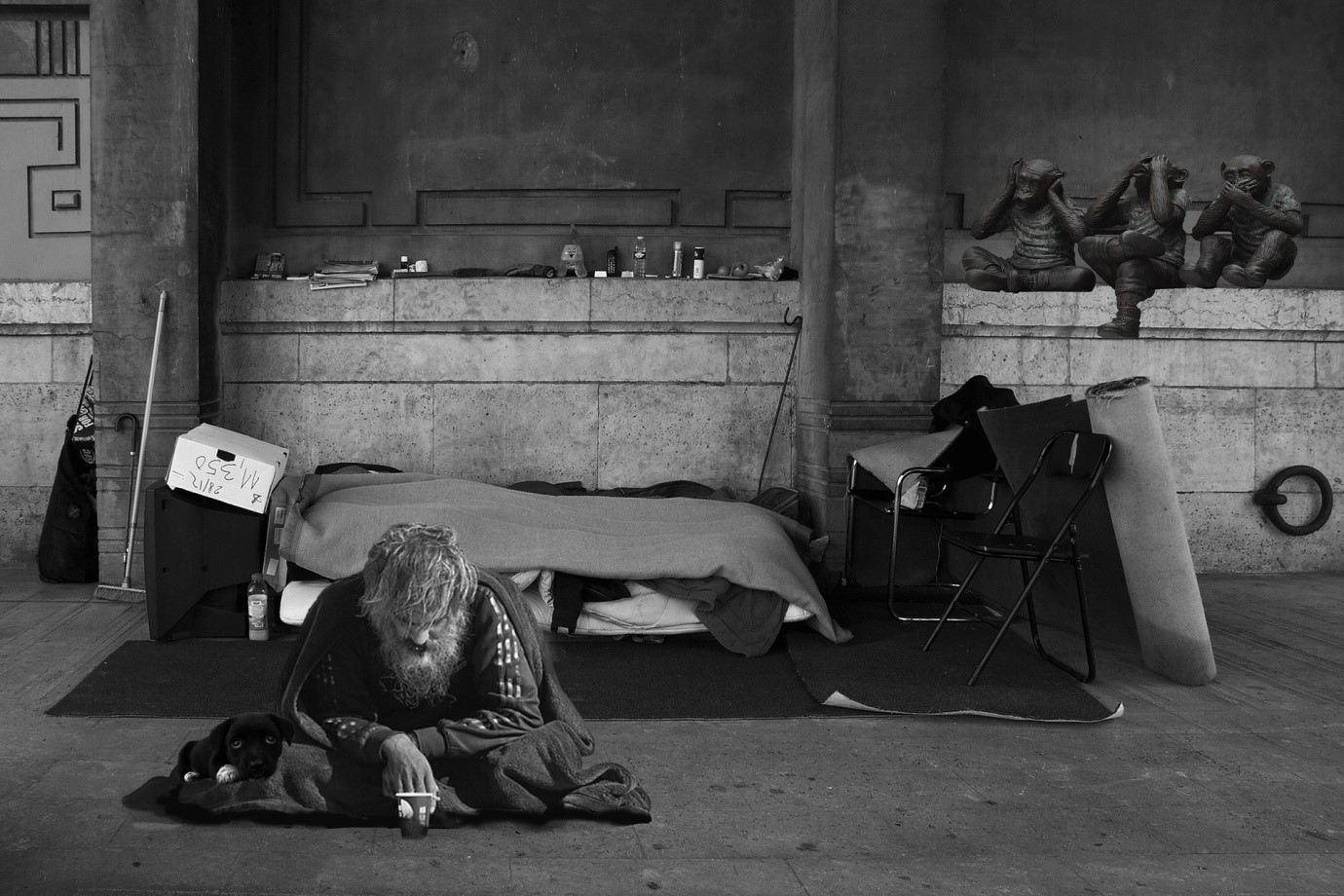 It’s not a comfortable topic to address, but it’s one that none of us can honestly say doesn’t affect us. Every day, it’s estimated by Homeless Link that there are 77,000 people living on the streets, with a staggering figure of 200,000 people being homeless every year.

Sadly, it seems like the sight of hand-written cardboard signs are getting more common, and the downtrodden pleas for spare change are getting a little louder.

The harsh reality is that there are human beings suffering on the streets, and they could use all the help they can get.

But what can we do about it? As individuals there are a few small ways we can help. Even if these actions may seem a little trivial to you, they can mean the world to someone else.

As someone who is part of a team that focuses on offering a good night’s sleep, it breaks my heart that I can’t do more to help the homeless. That’s why I’ve taken to writing this article, so that I can take a closer look at how we can all do our bit to help those in a significantly worse situation than our own.

Food is the Best Currency

Photo taken by Maarten van den Heuvel
The BBC recently spoke to Rik James, who runs the Birmingham Homeless Outreach, who says that those asking for money are looking for one of two things; drugs or alcohol. His words seem to come from experience, as he himself used to sleep on the streets.

In a mentality somewhat akin to ‘one man’s trash is another man’s treasure’, we take a lot of things for granted that someone else may cherish. These aren’t grand luxuries, but small comforts; and these can mean the world to someone with so little.

A prime example of this would be clean, dry socks, as well as everyday delights like chocolate, which is exactly why Ian Northcott founded the charity Socks&Chocs. As a former service man in the Army, Northcott knows how important fresh socks can be, so he dedicated himself to giving the homeless people of Birmingham dry socks and chocolate (because who’s life isn’t improved with chocolate).

It’s easy to follow these kinds of actions, especially if you’ve got a spare fiver or so. Every time you go to a supermarket you can simply grab some small items like these, keep them on you and simply give them out to anyone you see begging for change.

Sleeping with a Little More Comfort

One innovative means of assisting the homeless is by checking out The Sleeping Bag Project, a fun collaboration of DIY crafting and donating to charity. The website features instructions as to how to create an ‘ugly quilt’, where you can use spare or old materials to make a sleeping bag, and then send it to them so that they can distribute it among those that need them most.

Take a Minute to Talk

Taking a few minutes to talk to a homeless person can help lift their spirits and help you understand their plight. You don’t have to hear their life story; you just have to treat them with the kind of respect you’d want to receive if the tables were turned.

There’s also plenty of productive ways of keeping a conversation going, like contacting Street Link. A government funded service, Street Link is run by Matt Harrison, who also told the BBC about how much people can help:

“With the public’s help, in the last 12 months we have put almost 11,000 people in touch with the support they needed to escape rough sleeping.”

Harrison and Street Link helped that many people in 2016 and dedicated themselves to continuing the work through to 2017 and all the years after.

Help Those That Help Them

Regardless of how you may feel about seeing a homeless person with an animal, such as a dog, you can’t argue with the very real possibility that that animal is also suffering. A homeless person’s dog may very well be their entire world, so why not offer a helping hand to a pup or two?

Much like offering food to the homeless person, be sure to offer them some dog food or water so that their dog can keep going. Even the most stone hearted person would say that letting an animal suffer on the street is a tragedy.

Knowing Who to Call

There’s the old adage that ‘knowledge is power’ – reporting homeless people to the proper authorities can be greatly beneficial to them.

I realise that that statement sounded a little ‘1984’, but I’m not suggesting you call the police and get rough sleepers carted off to jail; I’m suggesting that you know which charity to get on the phone to.

Including the aforementioned Street Link, there are all manners of charities large and small dedicated to helping combat homelessness and helping the victims of it. A quick Google search of your local area should showcase who’s nearest and best able to help, while big players like The Salvation Army will surely be able to advise you best, wherever you are.

These steps may not be particularly revolutionary, but they’re sure to do much more good than simply ignoring the problem. If you know of any great ways to help then we’d love to hear from you, so feel free to tweet us, find us on Facebook and tag us on Instagram with your thoughts!