The History of Memory Foam: How NASA Inadvertently Gave the World a Better Night’s Sleep 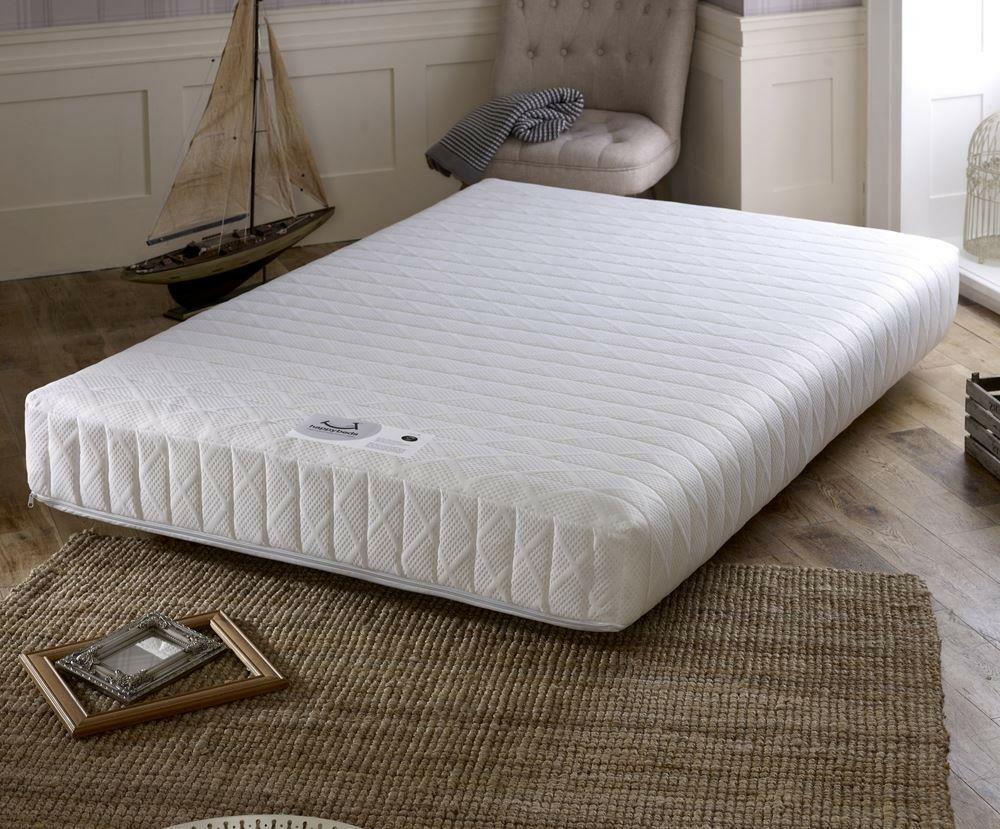 Space - the final frontier. It is the realm that man has longed to explore since he first looked up at the stars. Or, at least, since modern man first looked up at the stars; it’s doubtful that our more primitive ancestors dreamt of anything beyond staying warm and hunting. Either way, it’s been a source of inspiration for most of human history, ranging from sci-fi stories to reflections of our own existence and place within the universe.

Basically, it’s a pretty big deal, which is why we’ve got agencies like NASA. Responsible for aeronautic and aerospace research, NASA encounters challenges that are fairly unique to them. And with unique challenges come unique solutions, some of which eventually transfer from the likes of governmental and military importance to household items.

For example, the invisible ceramic used in high-end braces was originally created by one of NASA’s industrial partners to protect radar equipment that tracks heat-seeking missiles. Weird, huh? Another example of this strange transference from being required outside of our atmosphere to being a staple inside our homes would be memory foam.

Though it may be a fairly common and readily available material nowadays, memory foam features a fascinating history. Originally crafted exclusively for use during space exploration by NASA yet now frequently found within luxury mattresses, the history of memory foam is an unusual and interesting tale. And so today we here at Happy Beds have decided to dive into the weird and wonderful past of this innovative material.

The story begins in 1966, when NASA was looking to improve the quality of their airline seats, both in terms of comfort and safety. The primary objective was to find a way to improve the likelihood of survival in the event of a crash, so the project was fairly vital. Luckily, NASA managed to swiftly find the right company, and the right man, for the job.

An aeronautical engineer based at North American Aviation Inc., Charles Yost was contracted to find a solution to NASA’s problem, which he did by creating an open-cell material that he named, you guessed it, ‘temper foam’. Don’t worry, it’s now iconic name comes around after a few rebrands.

While inventing the wonder foam with NASA for the years between 1966 and 1969 Yost founded his own company, Dynamic Systems Inc., and worked closely with one of NASA’s scientists, Chiharu Kubokawa, who extensively tested the material. When NASA was happy with the end product they thanked Yost, padded their shuttles (and, I would hope, everything in their offices) with memory foam and waved fondly as he walked into the sunset.

Still, he did so with his recipe in hand and so the story of memory foam was just getting started. Or at least, the first act had ended, and there was time for a five year intermission. For years Yost attempted to find other uses for his new wonder foam, ranging from medical to military applications, yet in 1974 he sold the formula to a company who needed a new lining for football helmets.

And so Yost’s role was over, leaving him to once again walk into the sunset, though he did receive the Technology Utilization Award, awarded by NASA in 1973, and then briefly return in both 1977 and 1999 to be given Certificates of Recognition from NASA again. They must have really loved memory foam, though that’s certainly understandable as ever since the early nineties everyone else has been quite mad for it too.

The Successful Adaptation of Memory Foam

It wasn’t always so beloved though, as NASA released the updated formula, flying the banner of ‘Dynofoam’. Perhaps it was this branding that caused the problem, as disappointment would be rife when realising that memory foam has nothing to do with dinosaurs, yet in 1991 a company came around with a tweaked and perfected version of the foam. A Swedish company known as Fagerdala World Foams had spent the previous decade improving upon the formula and released it upon the Tempur-Pedic Swedish Mattress.

From there the rest is a foam based arms war, with different companies creating myriad new types of mattresses, each one more comfortable than the last. However, it’s not just mattresses that are enhanced by memory foam as a whole range of industries have found practical applications for the material.

Much like NASA’s original needs, memory foam is now used for the likes of vehicle safety, such as being added to race cars for soak absorbing purposes, yet is also being extended to safety in general, as it’s being adapted into bulletproof vests in order to cushion the blow from being shot. It’s even being used in the medical industry, for all sorts of important applications like padding wheelchairs and preventing friction between skin and prosthetic limbs.

It wouldn’t be too heavy handed to say that memory foam has drastically changed a lot of industries, which makes its many achievements all the more deserving. It, along with Yost and Kubokawa, was inducted into the Space Foundation’s Space Technology Hall of Fame in 1998 and, perhaps not as prestigiously yet still impressively, Yost was posthumously recognised in the Flexible Polyurethane Foam Hall of Fame.

All these innovative ways of utilising the material show just how versatile memory foam is, and that even though it features a long and varied history there’s still plenty of fantastic uses for memory foam to look forward to in the future.

Get the Sleep You Deserve with a Memory Foam Mattress

Say goodbye to sleepless nights. Get the sleep you deserve by purchasing one of our high quality memory foam mattresses. You have NASA to thank for it. Kind of...

Find A Memory Foam
Mattress For You
Shop Mattresses