What Causes Nightmares and How Do You Stop Them? 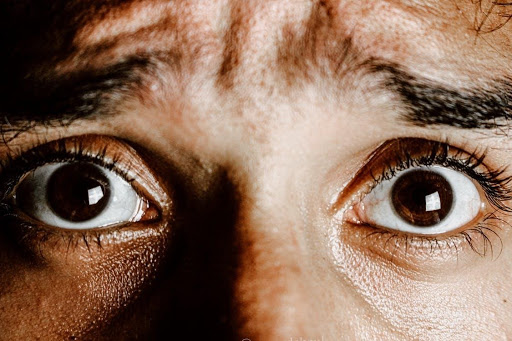 Nightmares: we’ve all had one, and you’re not alone in hoping you don’t have one anytime soon. However, do you understand what causes nightmares and how they can be avoided, if at all?

Well, we’ve rounded up answers to all the most frequently asked questions on nightmares, which will hopefully have you and your family sleeping sounder in no time.

Nightmares can happen to anyone, at any age. They tend to start happening in early years, usually between the ages of 3 and 6 years old and become less frequent as a child enters puberty and adulthood. However, girls have them more often than boys.

Are There Different Types of Nightmares?

Yes, there are several types of nightmares, and not only can nightmares be categorised in terms of topic, but also in their severity.

‘Nightmare disorder’ is a rare condition where bad dreams occur regularly, causing distress and disrupted sleep. The effects can soon start to impact daytime functioning. Side effects or indicators of nightmare disorder include:

Some people also suffer from ‘night terrors’. These are similar to a nightmare, but the person experiencing one may scream out, thrash out, and take some time to recognise their surroundings should you try to comfort them. They may also have their eyes open, but not be fully awake.

Another difference between night terrors and regular nightmares is that you are likely to remember the contents of a nightmare shortly after waking, but sufferers of night terrors are unaware of what they have undergone.

The exact cause of nightmares is unknown. However, they can be triggered by many things, including:

Nightmares in adults are much more likely to be caused by medications, such as antidepressants, or as a result of another sleep condition, such as sleep apnoea or restless leg syndrome.

For children, Halloween can be a particularly nightmare-heavy time as spooky stories and frights are more common. So, if you have little ones who scare easily, try to limit their exposure to spooktacular events.

Nightmares are more common if your family members have a history of nightmares or other sleep disturbances. However, it is not guaranteed that this will be passed on.

When Are You Most Likely to Have a Nightmare?

Scientists have proven that you’re more likely to have a nightmare during the second half of your night. You could have one per night, or multiple.

On the other hand, night terrors tend to happen in the early night and can continue for up to 15 minutes.

How to Stop Nightmares

There is no direct treatment for nightmares, and often this is unnecessary. However, treatment can be given to associated disorders or to help ease the effects of disrupted sleep.

This could include medical treatment, therapy or counselling, image rehearsal therapy or medication.

There are also a number of home remedies you can try to reduce the frequency of nightmares, such as:

How to Wake Up From a Nightmare

Nobody enjoys nightmares but waking yourself up isn’t always simple.

If you are relatively lucid and aware of your surroundings, try squeezing your eyes shut and then opening them wide – this can force your body to replicate this dream action in real life – or shout for help.

Alternatively, attempt something even more jarring. If you’re stuck in a bad dream, imagining yourself jumping off a cliff or out of an airplane can shock your body into waking. 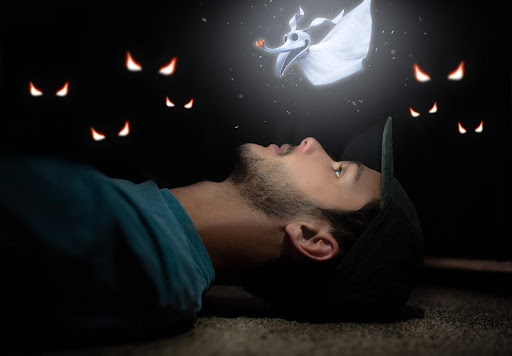 What Are the Most Common Nightmares?

Well, that is a question we asked our customers. We recently ran a study of 2,000 adults to find out how much sleep both adults and children lose because of nightmares, as well as the most common themes. Curious about what we found?

Check out the findings in: Halloween Frights: How Do Nightmares Affect Your Sleep?

Whether you dream of death or your little one thinks there is a monster in their wardrobe, one thing is for certain: our adult and kids beds are anything but a nightmare. So, if you’re looking to make a comfier, more relaxing sleep space to wake up to, it may be time to switch things up.

High vs. Low Beds: What is the Ideal Bed Height?

What is a Chesterfield Bed and Why Do People Love Them?

What is Restless Leg Syndrome and How Do You Treat it?

Your Happy Beds This Month: October 2020
Categories
Shopping on HappyBeds.co.uk is safe and secure. All information is encrypted and transmitted without risk using our secure Stripe payment facility