We Found the Owner of the UK's Messiest Bedroom

… and Gave Them a Free Bed!

We all know how difficult it is to convince a child to keep their bedroom clean. Whether you're a long-suffering parent yourself, or just remember the days when picking up your dirty washing seemed like the most difficult task imaginable, a child's bedroom is both their haven and their dumping ground! 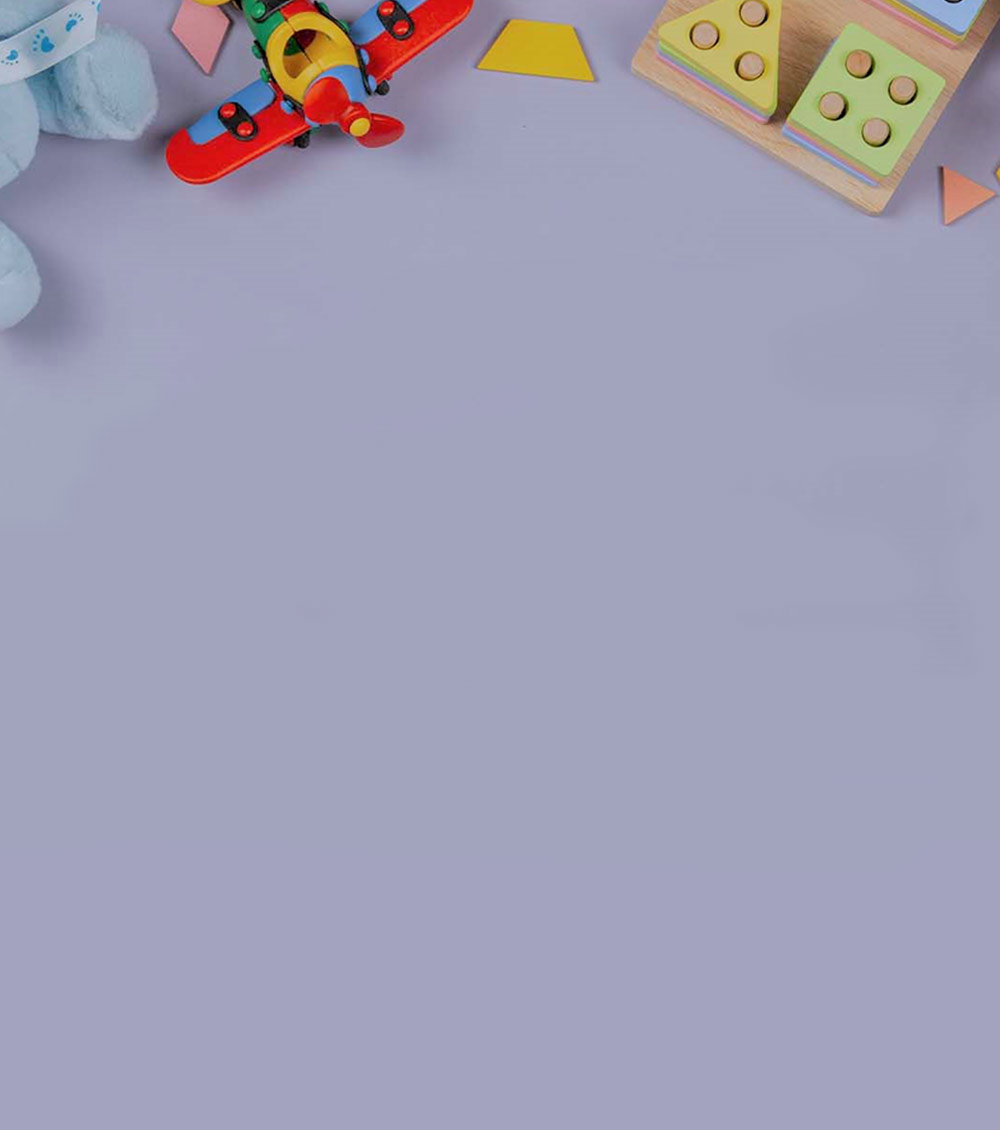 The Winner of the UK's Messiest Bedroom

We ran a competition to find Britain's messiest children's bedroom, gifting the winner a lovely new bed worth over £400, which they will hopefully keep more tidy!

After sifting through over 100 entries, 8-year-old Emily from Glasgow was named the winner of the UK's messiest child's bedroom. With her floor almost completely covered in clutter, it's a wonder Emily managed to play with her toys at all in this messy bedroom. 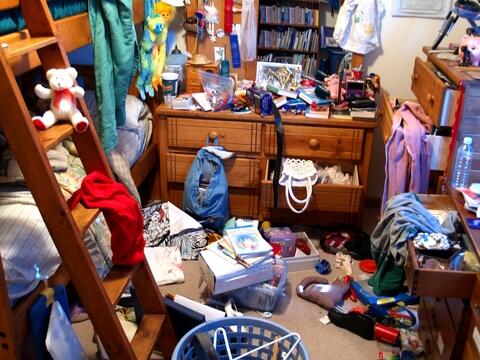 Her dad, Steve, commented: “My daughter Emily unfortunately treats her room like more of a changing room and spends almost all her time in the family room instead (aren’t we lucky!). Anytime tidying is enforced it takes no more than a week to revert back to looking like a bomb site. I’m hoping a new bed inspires positive change and behaviour!”

The Best (or Worst) of the Rest 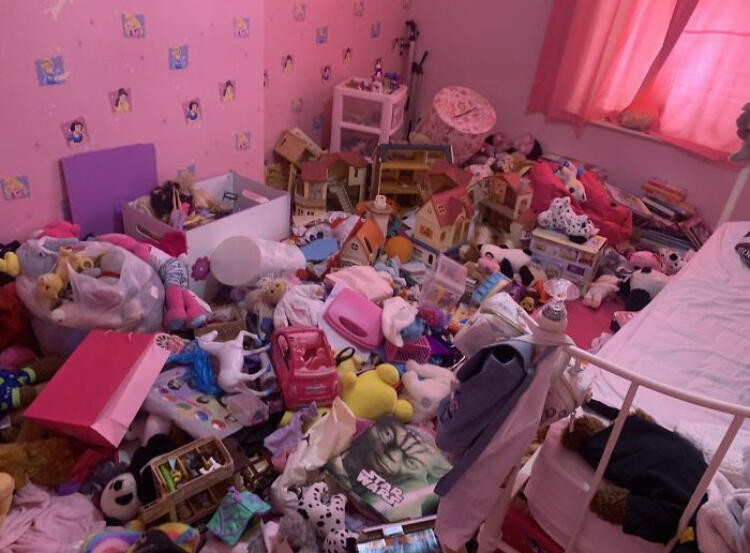 - Poole
6-year-old Emma from Poole is far too busy playing with her toys to bother with tidying. This photo was simply captioned ‘HELP!' and we can see why! 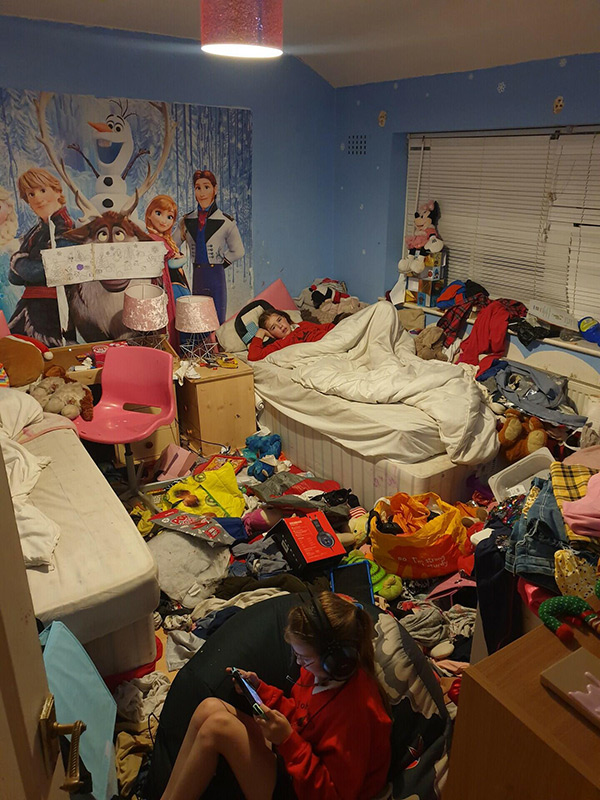 - London
Lillie, 10, from London can't even see her sister through all the mess… we just need to figure out who's to blame for the mess in this bedroom! 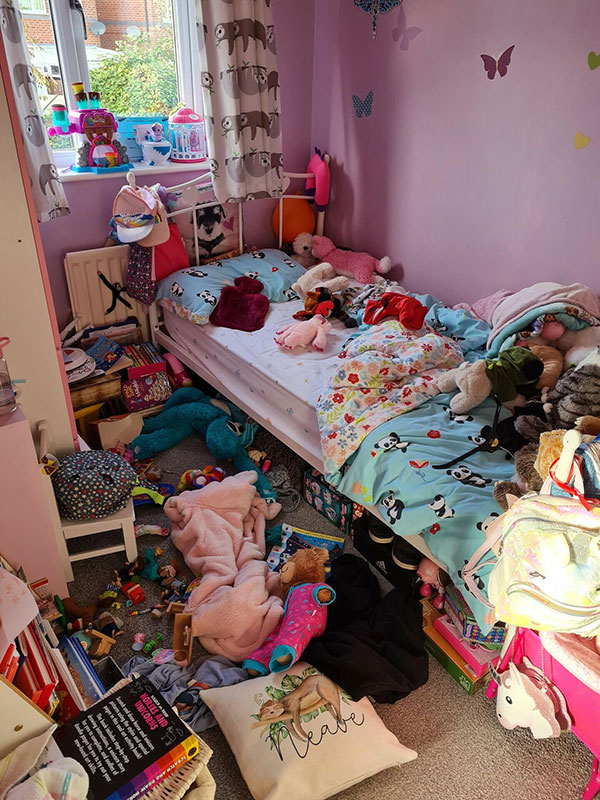 - Telford
7-year-old Neave from Telford has turned her floor into a sea of cuddly toys. Her parents tell us she's lost out on a lot of pocket money because of this mess! 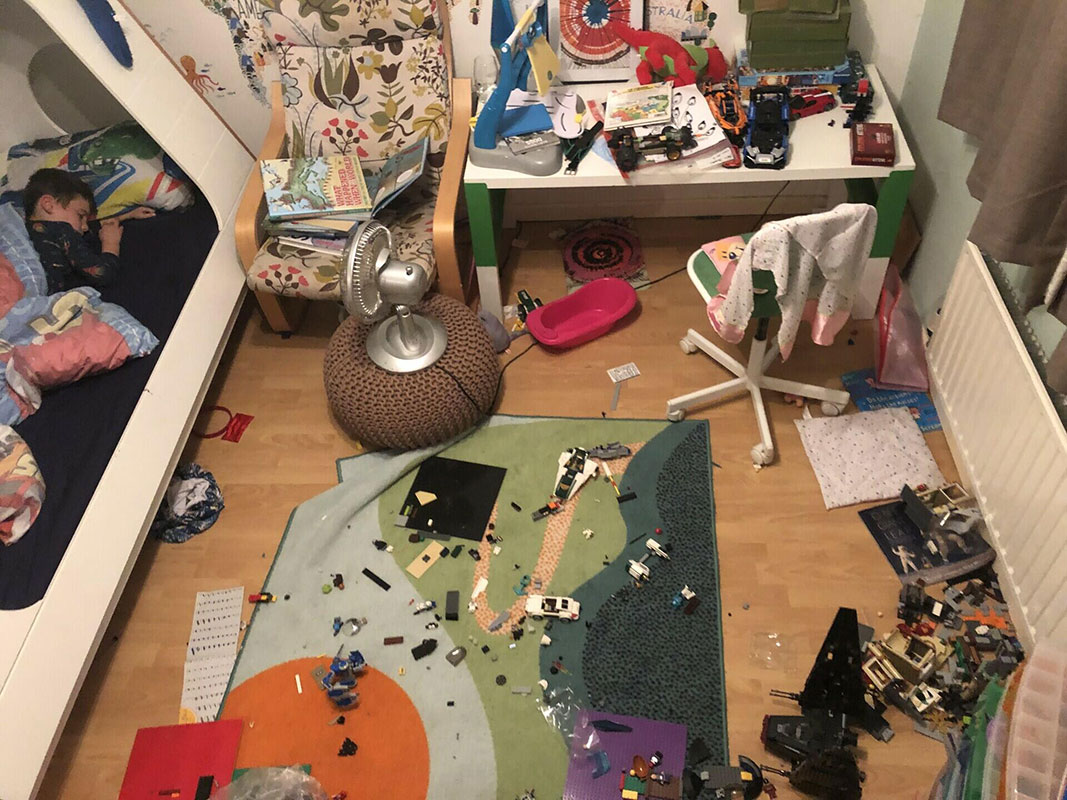 - Cardiff
Apparently 8-year-old Jasper from Cardiff still manages to sleep soundly in his tip. We're not sure he'll be sleeping too soundly if mum or dad stands on a piece of that Lego! 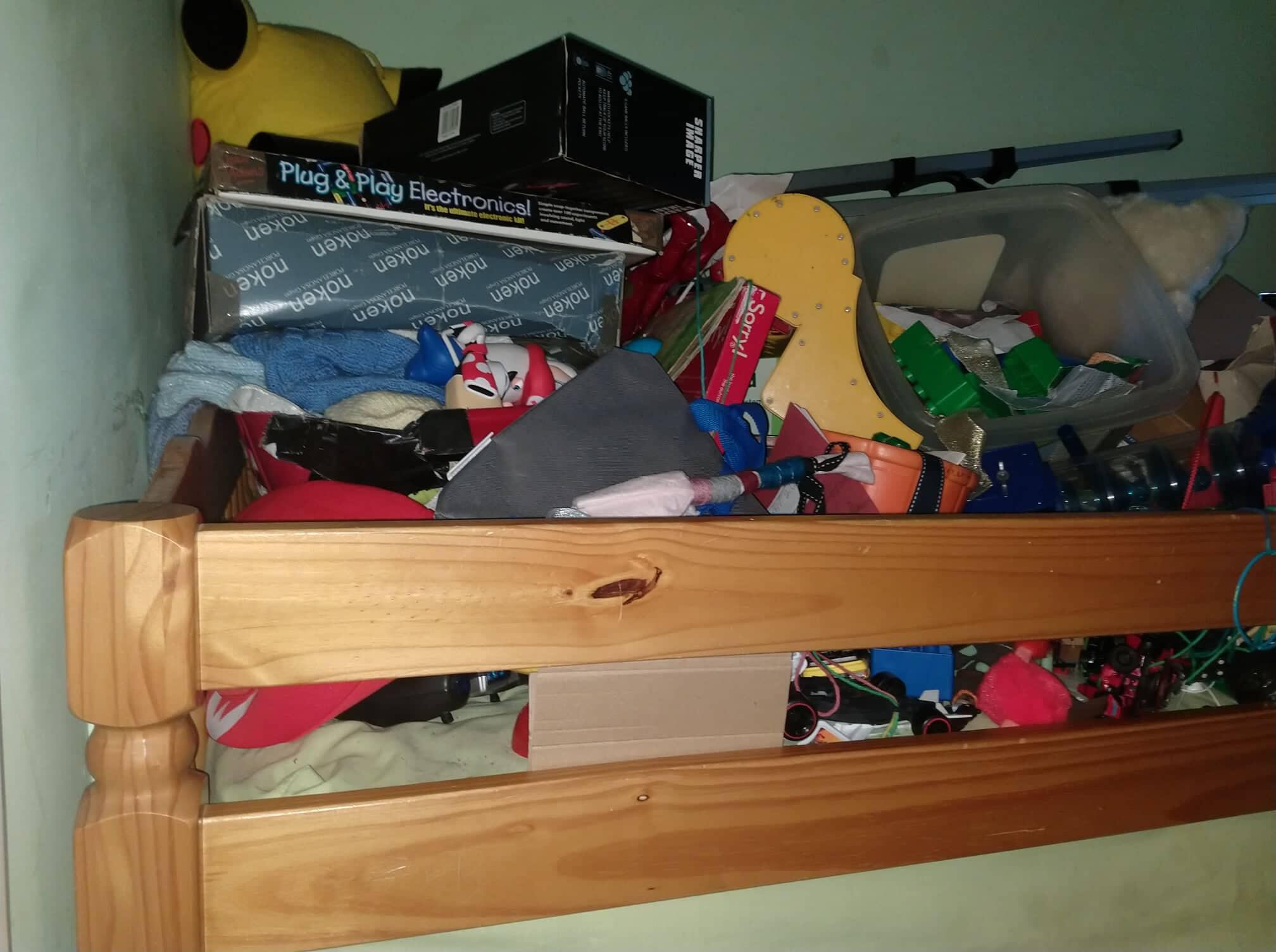 - Hatfield
Zachary, 11, from Hatfield uses his top bunk to store all his toys. We'll give him points for ingenuity, but we're not sure it's the most discreet of places to store all those toys. Poor giant Pikachu! 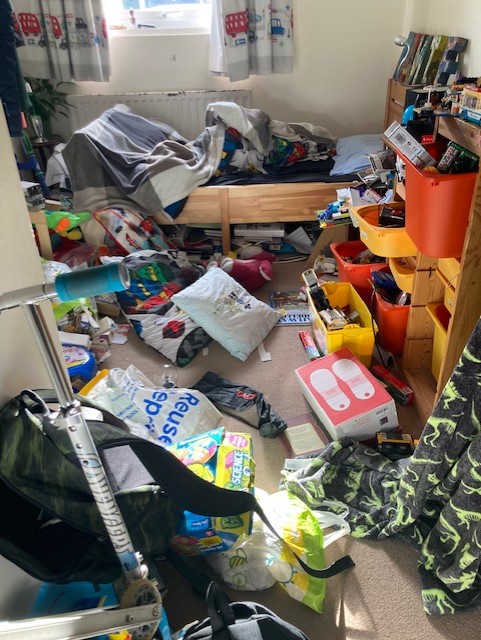 - London
Jamie, 10, from London likes to use his scooter to get around the chaos. He must be seriously skilled on that thing to weave amongst this mess on the floor!

- Reading
7-year-old Darcy May from Reading has created her own bed made out of blankets and toys. Now, we love to see a young bed designer in the making, but maybe keep things a little tidier! 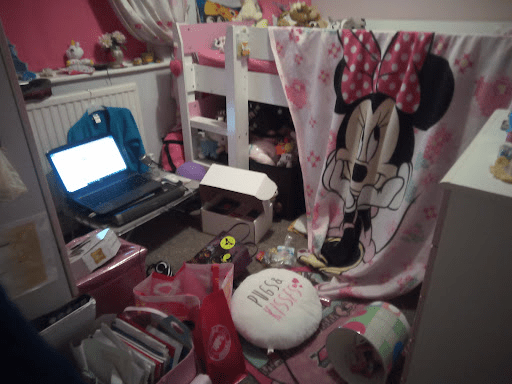 - Wigan
Olivia's 10-year-old daughter lives in Wigan and loves pink everywhere… including the floor, apparently! At least Minnie looks happy to be there! 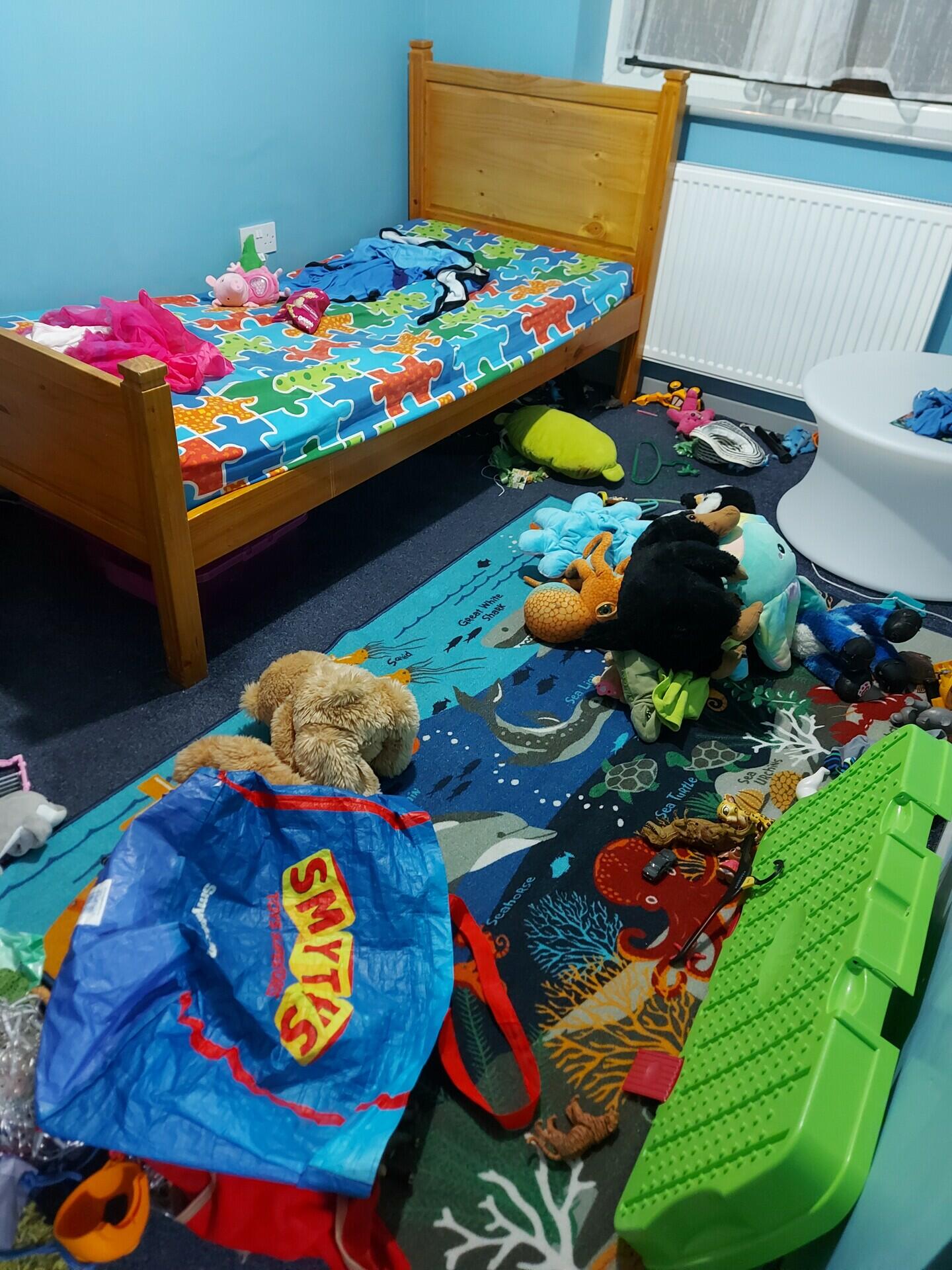 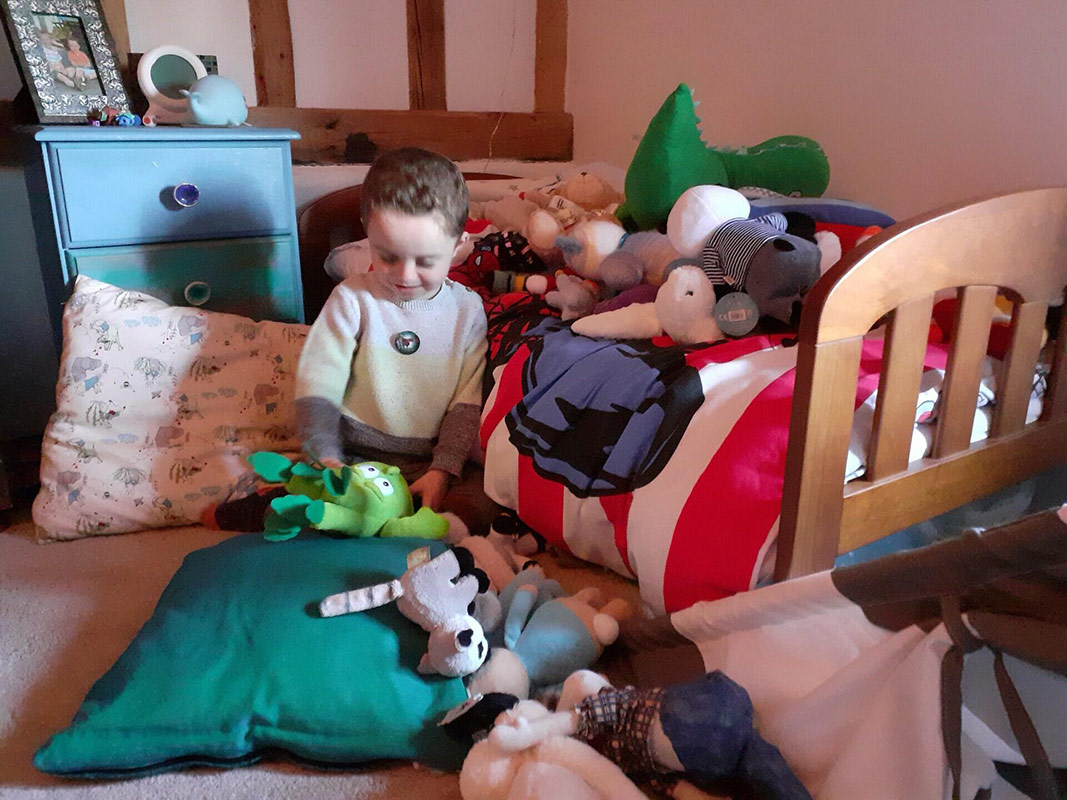 - Suffolk
3-year-old Dylan from Suffolk has been so kind to donate his bed to his cuddly toy collection. At least they'll be getting a good night's sleep! 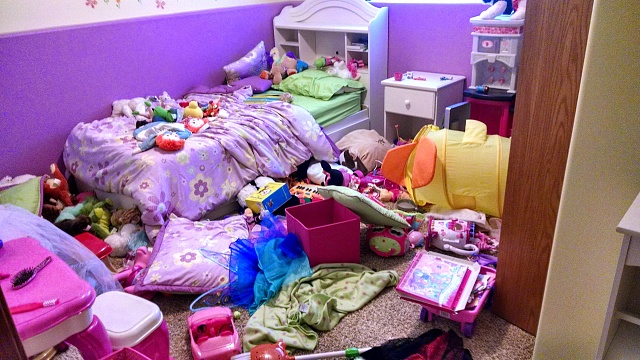 - Redruth
We're loving the bright colours of Melanie from Redruth’s bedroom, but we aren’t sure how she manages to get into her bed! 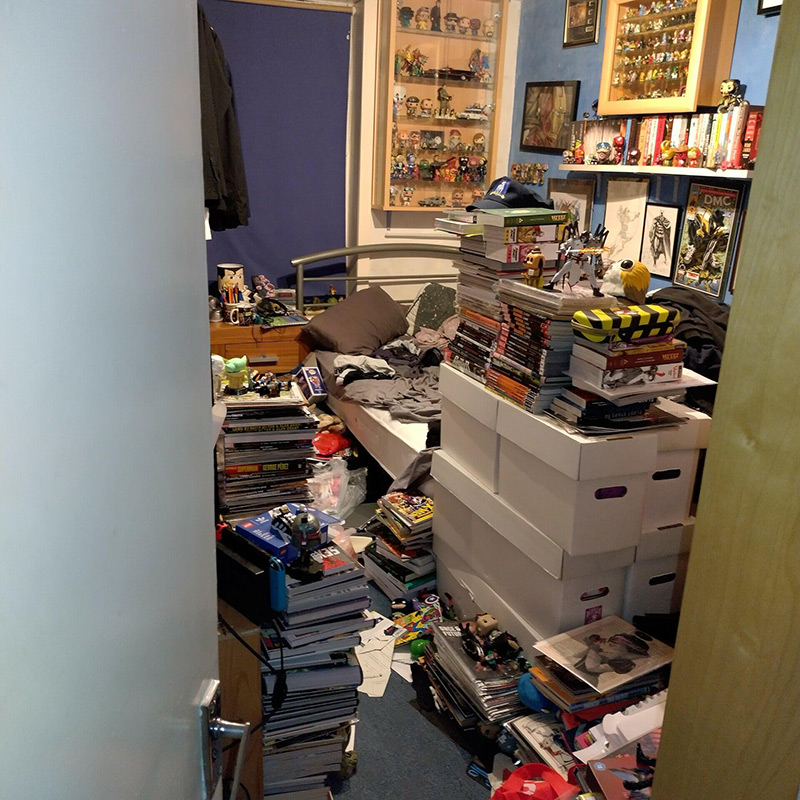 We think more shelves may be needed for Ethan's impressive book collection! 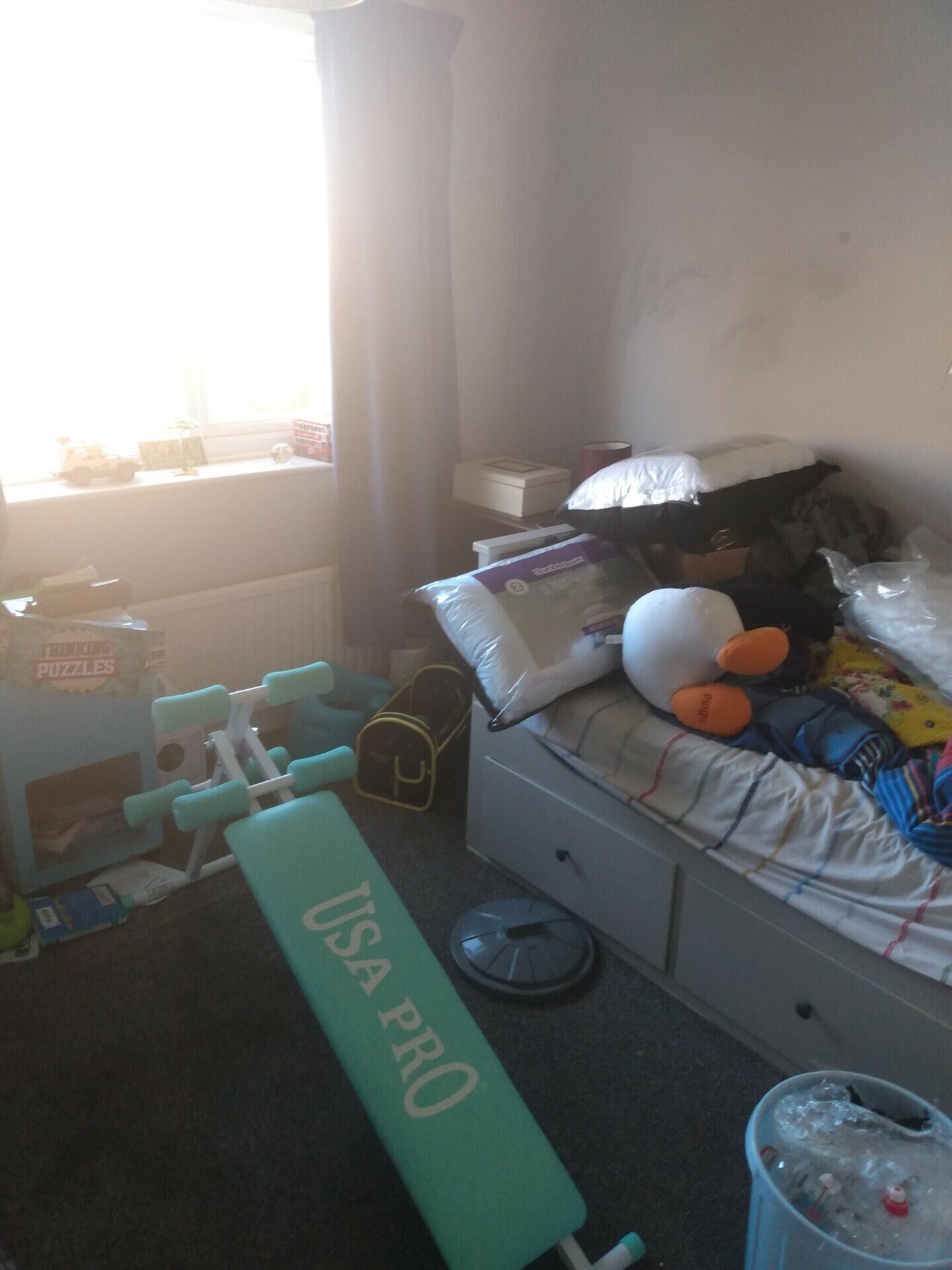 - Lincolnshire
14-year-old Ashton from Lincolnshire must care more about his fitness than his kip! 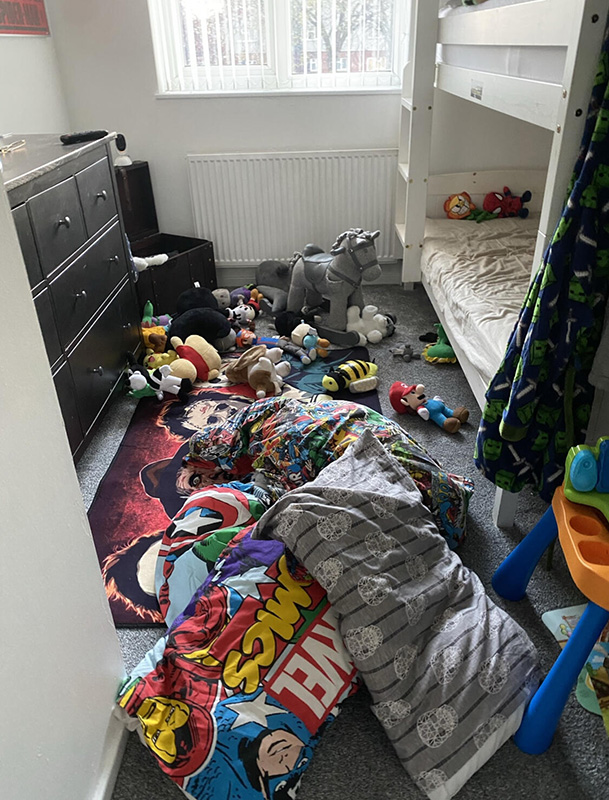 - Norwich
Elsa, 7 from Norwich, would rather sleep on the floor than her lovely bunk bed!

Although Emily took the crown as the messiest child in the UK, there was some serious competition provided by some very untidy bedrooms. Here's our selection of the messiest of the rest…

Although it was fierce competition, there were some other notable runners up below.

Thank you to everyone who entered our UK's Messiest Children's Bedroom competition, we had a lot of fun looking through the entries. Parents – you have our permission to hand out some chores to get these little ones tidying up!

If you're looking to revamp your child's bedroom, our range of kids beds is a great place to start and form the focal point of a great new bedroom for your child… just as long as they promise to keep it clean and tidy!