Save 10% on Every Mattress When Bought With a Bed Frame!
Free Shipping
Available to UK Mainland*
Manufacturer's Guarantee
5 Years for Total Peace of Mind
10,000+ Customer Reviews
Made in Britain
Mattresses & Divans Made in the UK
January Sale
Shop Now!

We're almost at the big day, so why not get into the Christmas spirit with some interesting Christmas facts! Here at Happy Beds, we've scoured the Internet to find Xmas trivia that will make you the most knowledgeable person at a party.

So whether you're looking to find out some fascinating historical facts about the origins of our most beloved Christmas traditions or just want to load up on knowledge to wow your friends, we have you covered!

To make it easy, we've split our facts into two categories; historical and cultural! While there might be a little crossover between the two, we hope you enjoy all of our festive trivia! So get reading now! 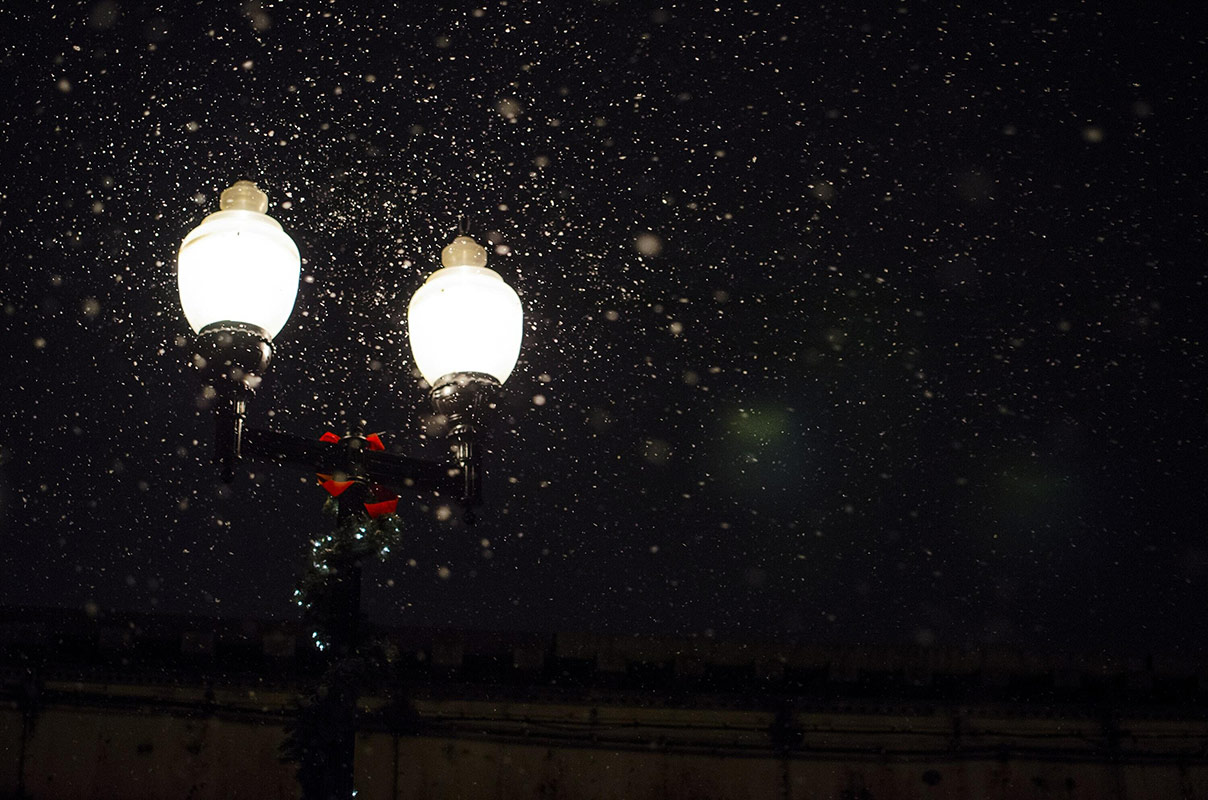 Do you know these historical Christmas facts?

Christmas has a long history that spans centuries, so, understandably, some of our favourite traditions originated long ago! A lot of these traditions come from across Europe, but in more recent years, we've also seen some American traditions as well.

Our favourite historical Xmas trivia include:

1. People have been sending Christmas cards since 1843

In 1843, the custom of sending Christmas cards began. At the time, Sir Henry Cole worked as a senior civil servant and had helped set up what would become the Post Office, and he wanted to try and encourage it to be used by ordinary people.

His idea of Christmas cards was created, and they were initially sold for only 1 shilling each, and the custom slowly became more popular throughout the years! Now, almost 170 years later, we still love to send our beloved friends and family a Christmas card to wish them well and let them know we're thinking of them!

2. The Christmas biggest gift ever was sent in 1865

Presents are, obviously, one of the best parts of Christmas for most people, alongside family and food. But do you know what the biggest present in history is? We guarantee that it's bigger than you might expect!

In 1865, Edouard de Laboulaye proposed a gift from France to the United States to commemorate their commitment to democracy and honour the late president Abraham Lincoln. The Statue of Liberty was officially dedicated in 1886 and has since become an iconic symbol of the United States!

3. Jingle Bells was the first Christmas song in space

It's a favourite song for many people, but did you know that Jingle Bells has a special accolade? In 1965, it became the first song to be played in space. That's right, not just the first Christmas song...but the first song ever! During the Gemini 6A space flight, it was broadcast as a prank from the astronauts to those down below.

Alongside this, did you know that Jingle Bells was originally a song written for the American holiday of Thanksgiving and not Christmas? Its original title was 'The One Horse Open Sleigh'.

4. Tinsel was originally made with real silver

One of the stars of Christmas decorations worldwide, tinsel is well known for being sparkly and exceptionally glamorous. But did you know that tinsel was made initially with extruded silver to create the sparkly effect? That's right, real silver!

It was first used in Germany centuries ago, but as silver tarnishes quickly, different metals were used over the years until we ended up with modern tinsel. This is made using various forms of plastic, so it's lighter and much cheaper than using real metals.

5. The original Christmas pudding recipe had meat in it!

It's the end of Christmas dinner, and you're now waiting for the Christmas pudding to finish it all off! We all know the tradition of whoever finds the silver coin in the pudding gets good luck, but did you know that Christmas pudding wasn't always a fruit cake?

In the 14th century, Christmas pudding was a type of porridge made using mutton and beef alongside spices, wines, raisins, currants and more. Over time, people slowly added more alcohol alongside eggs and dried fruit until we eventually ended up with the Christmas pudding we're all familiar with today. Which, in case you weren't aware, is meat-free! 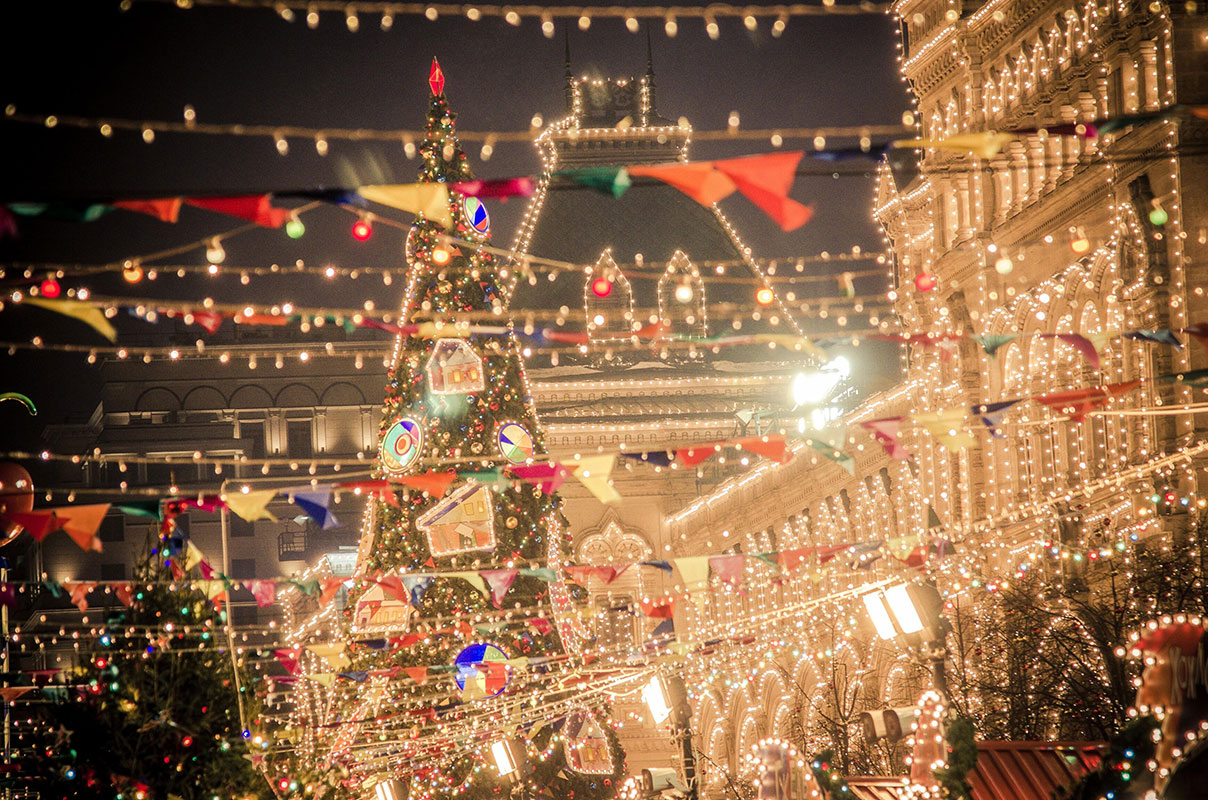 Christmas was originally a religious festival celebrating the birth of Jesus Christ. But it has also become a part of the Western culture now! For many people, December is the month of Christmas, and there are many things that we do for Christmas that have become a part of our very culture, such as gift-giving or Christmas markets.

So we've looked at some of our favourite Xmas facts that are both fun and interesting regarding the culture of Christmas!

The common myth is that Santa Claus was green before Coca-Cola used their colours, red, for their marketing campaigns in the early 1900s. Whilst this is true to an extent, Santa was shown in red as early as the 1870s by the American cartoonist Thomas Nast. The modern-day depiction of Santa, with his reddened cheeks and large stomach, his little glasses, and a beaming smile, is what we can genuinely thank Coca-Cola for. We can't imagine a Santa that isn't red!

Another interesting fact about Santa Claus is that the Dutch St Nicholas and Sinterklaas initially inspired him. 6th December is the date St Nicholas died and was observed by the Netherlands with Sinterklaas giving out presents. Dutch-Americans added this tradition to Christmas to honour their Dutch ancestry, giving us Santa Claus!

7. Santa has his own postcode

We know that Santa has an important job every 24th December, and he knows where everyone lives. He does have his naughty or nice list, after all! But did you know that Santa also has his very own postcode? While the home of Santa may be the North Pole, Canada has a postcode reserved for children to send their letters to!

Each year, Canada Post helps Santa respond to thousands of letters sent from around the world to him, with the address being Santa Claus, North Pole, H0H 0H0, Canada. So, now you know where to send your letters next year!

Given our love of shortening letters, you may assume that the word 'Xmas' is a recent invention. But this spelling dates back to the 1500s! You might be wondering how this happened, and the explanation is both simple...and genius!

In the Greek alphabet, the letter X is the Greek character of 'chi', which is the first letter of the Greek name for Christ Χριστός (Christos). As such, the letter X has been a common abbreviation for Christ. The 'mas' of Christmas is from a Church service, so when you put the two together, you get Xmas, which quite literally means 'Christmas'! So there's no need to worry when you use the word; it's older than many of our favourite Christmas traditions!

9. Rudolph was a marketing creation

Rudolph the Red-Nosed Reindeer has become an integral part of Christmas culture, and we all know the story of poor Rudolph trying to fit in with Santa's other reindeer. But did you know that he was created for a marketing campaign? American department store, Montgomery Ward, wanted to make fun colouring books to give away to children in 1939 and tasked Robert L. May to create a poem for the book.

Our favourite reindeer, Rudolph, was born due to this and became a cultural icon for children worldwide! Even better, the story of Rudolph is all about why we shouldn't bully others just because they look different but instead embrace them. We can see why Rudolph has become such a beloved character!

In many Eastern European countries, particularly in Ukraine, finding a spider or a spider's web in your Christmas tree is a symbol of good luck! That's because these countries have the legend of the Christmas spider, which tells that a poor widow lived in a small hut with her children. They found a pinecone in summer and cared for it diligently until it became a pretty tree!

Unfortunately, they couldn't afford to decorate the tree for Christmas, but upon waking up on Christmas day, they found the tree covered in elegant cobwebs that shone gold and silver in the sunlight. And since that day, the widow and her children never lived in poverty again!

We're cheating with this fact, as it's also related to our earlier fact of tinsel, but as it is part of Christmas culture for many countries, we thought it deserved its point!

Go forth and spread your Christmas knowledge!

Now that you know some of our best Xmas trivia, you should put it to good use in any quiz you come across! We wish we could have put more facts in, such as that Christmas crackers were inspired by sweet wrappers or that candy canes originate from Germany, but then our blog would be far too big.

We'd love to know your best Christmas facts, though, so why not let us know through our social media on Instagram and Facebook? Make sure to check out our other Christmas blogs, such as our amazing Christmas toast recipes!

5 Christmas Books You Need to Read!